Evaluating the change in VA, CMT after early switch of anti-VEGF drugs

The study authors hypothesized that patients poorly responding to ranibizumab may have resulted from tachyphylaxis or tolerance to the drug and regarding the nonresponders, they speculated that VEGF-A may not have been the main cause of the neovascular growth. 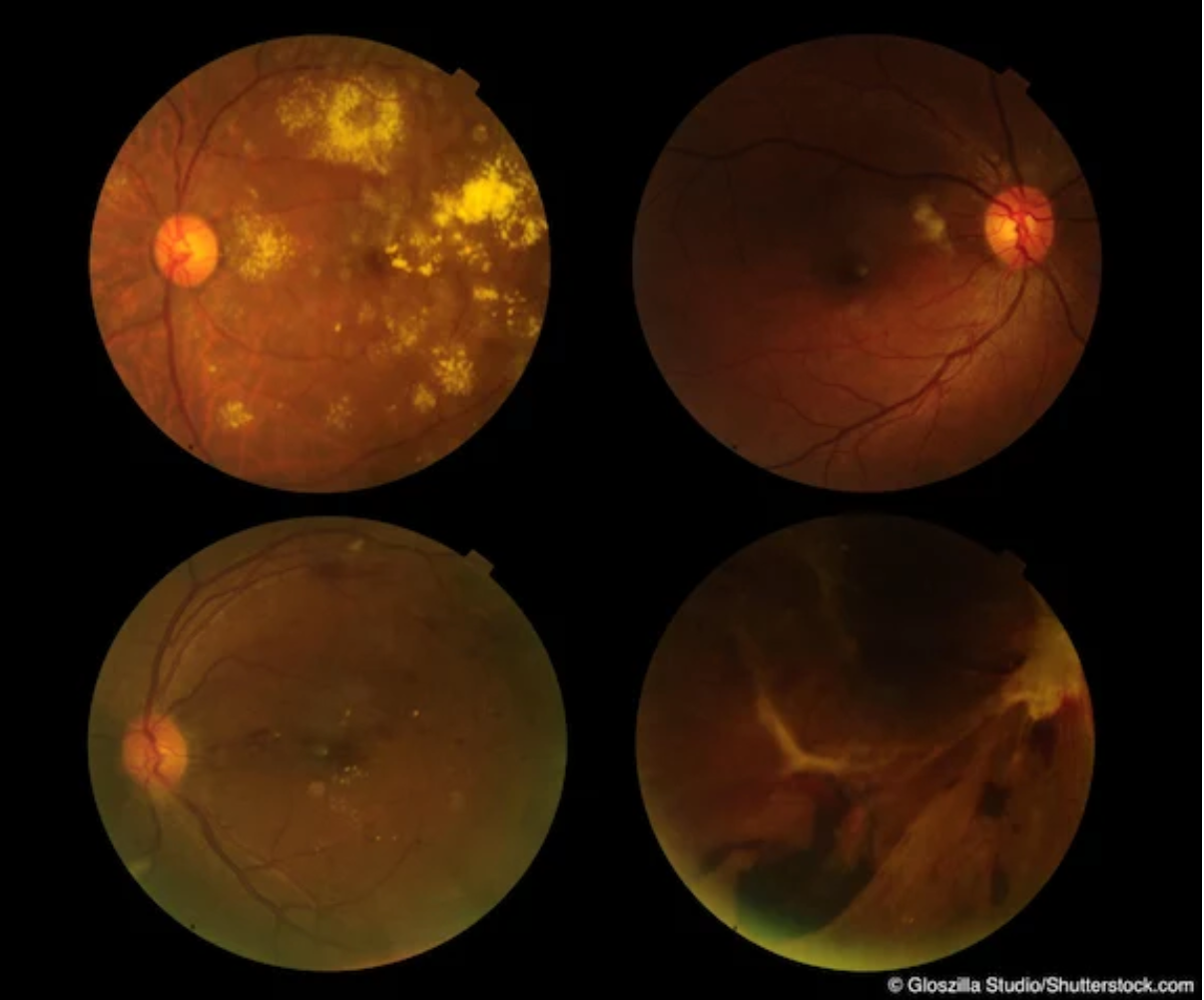 Patients with neovascular age-related macular degeneration (AMD) who do not respond to the anti-vascular endothelial growth factor (VEGF) drug ranibizumab (Lucentis, Genentech Inc.) tend to respond better anatomically to aflibercept (Eylea, Regeneron Pharmaceuticals) compared with patients who respond poorly to ranibizumab. However, there is no corresponding improvement in visual acuity (VA).

Previous studies have reported that some patients develop resistance to anti-VEGF treatment and that switching to another intravitreal administered agent was effective.1-4

Luciana de Sá Quirino‐Makarczyk, MD, and colleagues wanted to determine if switching drugs early in the treatment course affected the visual and macular findings. To do so, they evaluated the changes in the best-corrected VA and central macular thickness (CMT) after 3 months of treatment with intravitreal aflibercept in patients who previously responded poorly or not at all to ranibizumab. The secondary goal of the study was to determine if the poor and nonresponders had different tomographic macular findings when treated with aflibercept.

Of the 56 study patients (average age, 70.3 years; 66% female), 11 were poor responders and 45 were nonresponders, the authors reported. Before the patients were switched to aflibercept from ranibizumab, the VA ranged from 0.1 to 1.3 logarithm of the minimum angle of resolution.

The result showed that following the third injection of aflibercept, the CMT decreased significantly when compared to the measurements obtained 1 month after the last ranibizumab injection. The CMT decreased from 384.38 ± 123.20 μm to 296.18 ± 70.52 μm in the patients considered non‐responders to ranibizumab and from 320.00 ± 82.05 μm to 282.27 ± 56.86 μm in those considered poor responders. While both of these decreases were significant (P≤0.05), the authors commented, “the difference was more significant in the group of nonresponders (P<0.01) than in the group of poor responders (P=0.01247).”

In addition, the VA did not improve significantly after the last injection of aflibercept compared to the last VA measured after the ranibizumab treatment in both the poor responders and the nonresponders.

Although decreases in the macular thickness were overall achieved 3 months after switching to AFL, the decreases were not accompanied by increased in the VA.

An advantage seen in switching to aflibercept early in the course of treatment is that the harmful visual effects on the structure of the macula over long-term treatment probably decreased, which allowed the patients to achieve their best potential vision, Sá Quirino‐Makarczyk explained.

Regarding the poor and nonresponses that patients experienced, the authors hypothesized that the poor response to ranibizumab may have resulted from tachyphylaxis or tolerance to the drug and regarding the nonresponders, they speculated that VEGF-A may not have been the main cause of the neovascular growth.

The authors concluded that switching early in the treatment course when using anti-VEGF drugs in patients who did not respond to ranibizumab is important to ensure rapid resolution of fluids, especially intraretinal fluid. “This would improve the visual outcomes before subsequent deleterious effects of chronicity start to play a major role in the result. [The early switching of drugs] could also diminish the burden and risks associated with more frequent intravitreal injections,” they said.

The authors published their results in the International Journal of Retina and Vitreous.5