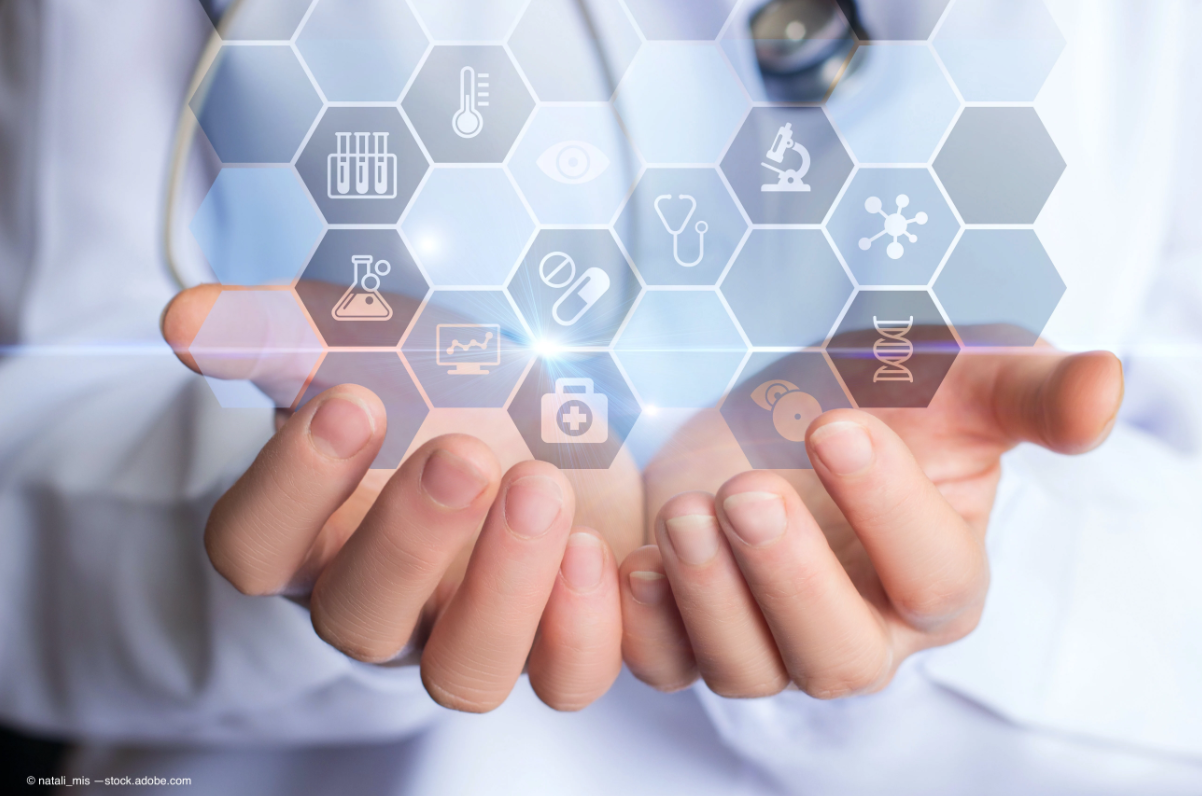 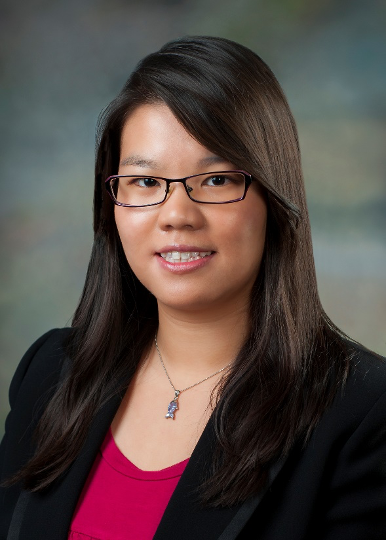 “The identification of functional and/or structural biomarkers to indicate the degree of retinal ischemia and neurodegeneration is essential for predicting DR progression prior to physical manifestations in the eye. Analysis of retinal layer thickness by OCT and functional evaluation by mfERG are two diagnostic tests that reflect neurodegeneration status,” said Chan.

“Our finding of strong correlations between mfERG parameters and retinal thickness suggest that these biomarkers are related to the status of DR or systemic treatment efficacy. Moreover, these findings support the development of an algorithm to combine these diagnostic biomarkers as a prognostic indicator of DR in patients with type 2 diabetes,” Chan added.

Chan, assistant clinical professor in the Department of Ophthalmology, University of Texas Health Science Center San Antonio, was the principal investigator of the study. She is currently relocating to Canada. 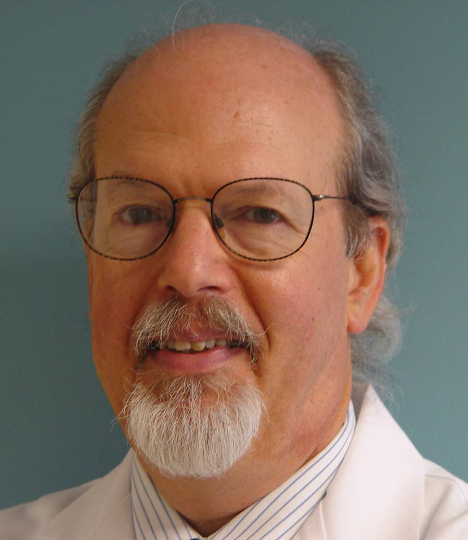 Randolph Glickman, PhD, Senderoff Professor of Vision Research in the Department of Ophthalmology at the UTHSC and one of the senior investigators in the study, noted that the ultimate goal of this work is to develop an automated tool combining several standard eye and vision tests into a more powerful diagnostic indicator for routine use in the eye clinic.

Retinal thickness data used in the analyses were obtained with OCT at the nine cardinal points defined by the ETDRS represented by the fovea and four points in each of two concentric rings in the parafoveal and perifoveal regions. The mfERG was recorded from retinal locations corresponding to the foveal, parafoveal, and perifoveal sites designated as Ring 1, Ring 2, and Ring 3.

The mfERG values for amplitude and latency were averaged within a given retinal ring. Similarly, a retinal thickness spatial average value was calculated from the foveal, parafoveal, and perifoveal locations.

For analysis, the data were sorted to facilitate comparison of retinal thickness at the cardinal locations with mfERG response parameters at similar locations. Relationships between retinal thickness measurements and the amplitude and latency of the N and P components in the mfERG were analyzed using the one-way ANOVA test and Pearson’s correlation test.

“In general, thickening of the retina was associated with an increase in mfERG latency and a decrease in amplitude,” Chan said.

Discussing some of the specific findings, Chan and her co-investigators noted that the retinal thickness in the OCT ring for the fovea correlated with the N1 latency measurement and

P1 amplitude measurement of the mfERG ring 1 (fovea) (r=0.627, P=0.029 and r=0.720, P=0.006, respectively). In addition, there were significant correlations in some of the para- and perifoveal regions in rings 2 and 3 between the retinal thickness and mfERG response parameters, as shown in Figure 1. 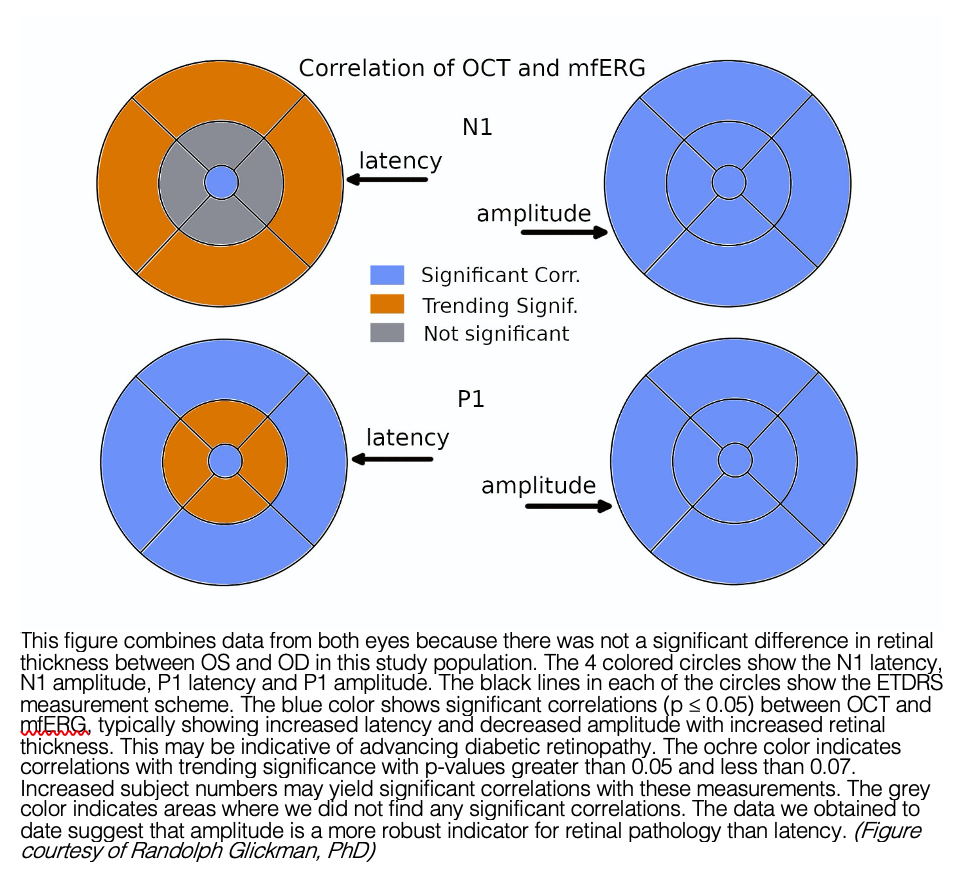 None of the investigators in this research has any relevant financial interests to disclose.