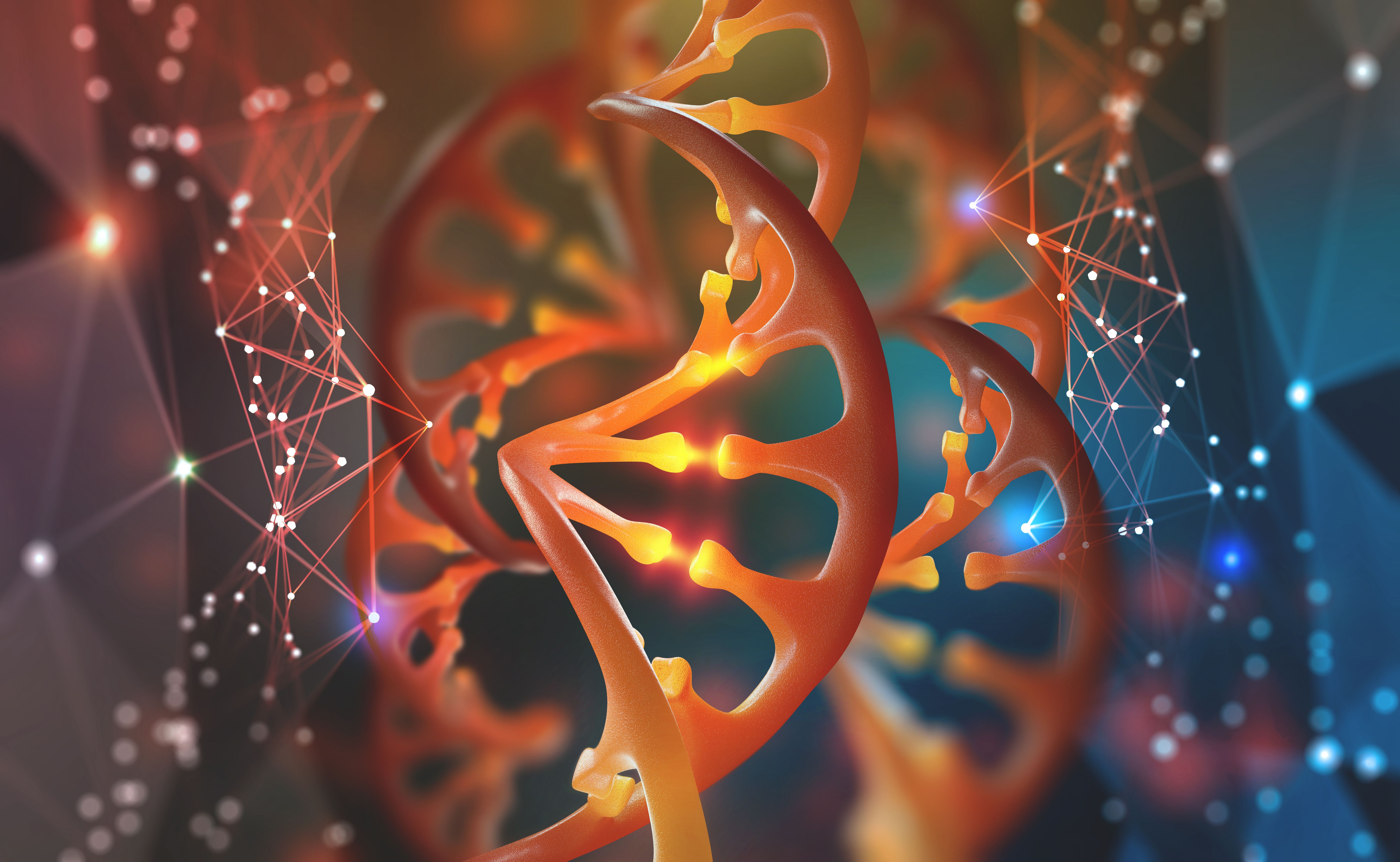 This article was reviewed by Joseph N. Martel, MD.

Early results of the phase 1/2a PIONEER gene therapy study showed that the com­bination of a new treatment—gene therapy and a medical device designed to treat end-stage non-syn­dromic retinitis pigmentosa (RP)—was well tolerated.

RP, an inherited disease with more than 100 known mutations, is characterized by progressive and irre­versible photoreceptor degeneration that can result in blindness when patients are approximately aged 40 to 45 years.

“Optogenetics involves genetic modification of a neuron that encodes a light-sensitive opsin protein and allows neuronal cells to respond to light stimula­tion. A retinal-specific optogenetics approach involves genetic modification of retinal ganglion cells [RGCs] with a channelrhodopsin that allows the cells to become photosensitive,” explained Joseph N. Martel, MD, prin­ciple investigator of the study in the US. Martel is an assistant professor of ophthalmology at the University of Pittsburgh in Pennsylvania.

The hope is that in retinal diseases with photore­ceptor loss, there may be potential to regain vision by conferring photosensitivity to the RGCs.

GenSight Biologics’ novel approach is a combination of gene therapy (GS030-DP) and a medical device (G2030-MD), with the goal of restoring light sensi­tivity to the diseased retina. Martel explained that the adenovirus viral vector encodes ChrimsonR, a channelrhodopsin protein that targets the RGCs and transforms them to behave like photoreceptors. 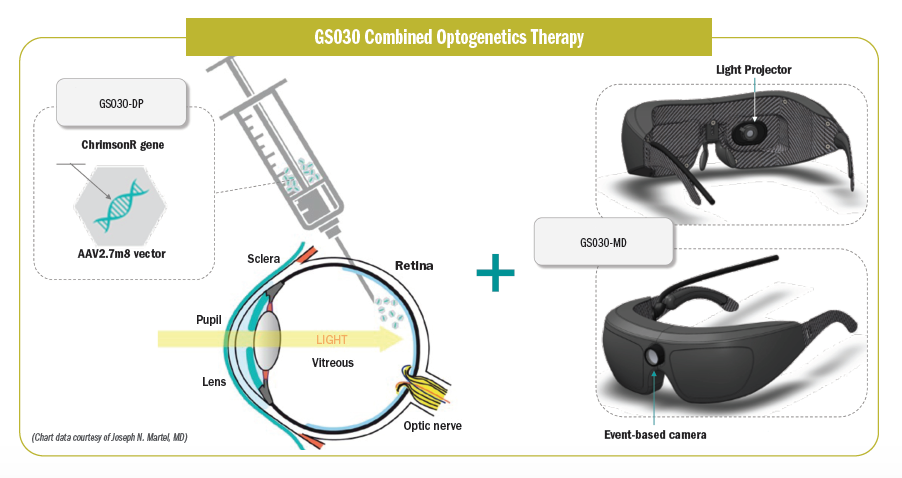 Those cells then are stimulated with an optoelec­tronic device—in this case, goggles with an event-based camera—that encodes images of the visual scene and then projects a light source onto the retina.

A photostimulating device is necessary, Martel explained, because ChrimsonR is not activated by ambient light. Using an amplifying light source and stimulator facilitates ChrimsonR activation, and this mimics natural visual processing that happens in the outer retina.

PIONEER, a multicenter, dose-escalation, nonran­domized study, is the first to test the technology in humans. The 3 study sites are Moorfields Eye Hos­pital in London, Hôpital des XV-XX in Paris, and University of Pittsburgh Medical Center. The study included patients with end-stage nonsyndromic RP with vision of light perception or less. The primary end point was the treatment safety and tolerabil­ity at 1 year. Secondary end points included visual function, orientation and mobility, quality of life, immune response, and findings on optical coher­ence tomography.

The patients received 1 intravitreal injection in the eye with the worse vision. Three cohorts of patients with 3 patients each were planned. Cohort 1 received the dose of 5E10 viral genomes (vg) per eye, cohort 2 received 1.5E11 vg per eye, and cohort 3 received 5E11 vg per eye. An extension cohort will include patients with the highest best-tolerated dose. The first patient was treated in October 2018. The patients’ safety data were evaluated by an independent data safety monitoring committee, which allowed dose escalation up to the highest dose (cohort 3).

Following treatment, patients underwent low-vision rehabilitation and vision-training exercises designed to help them both understand the visual perceptions and learn to use the new vision, Martel explained.

Examples of the exercises are the door task and the line task, both performed with and without the stimulating goggles. In the door task, a mock door is placed on the wall and the patient is told to find the door and touch it. The test proceeds for 3 minutes regardless of whether the patient identified the door. In the line task, the floor is covered with black floor­ing imprinted with a grid and a 15-cm-wide white line. The patient is told to follow the line and stop at the perceived end. The test is stopped at 3 minutes.

Martel reported that all patients injected with the low, medium, and high doses had no safety issues.

Overall, the PIONEER study assessed a visual restoration optogenetic approach that combines the simultaneous action of a gene therapy and a light-stimulating medical device, a therapeutic approach independent of underlying genetic defects in these patients with end-stage visual loss. The combined therapy was well tolerated in all patients treated so far.

Martel has no financial interest in this subject matter.