Idiopathic macular telangiectasia (MacTel) is bilateral condition characterised by ectatic capillaries of the macula and atrophy of the neurosensory retina. Familiarity with the distinctive intraretinal cavitation on SD-OCT in type 2, the most common type, is key for correct diagnosis. 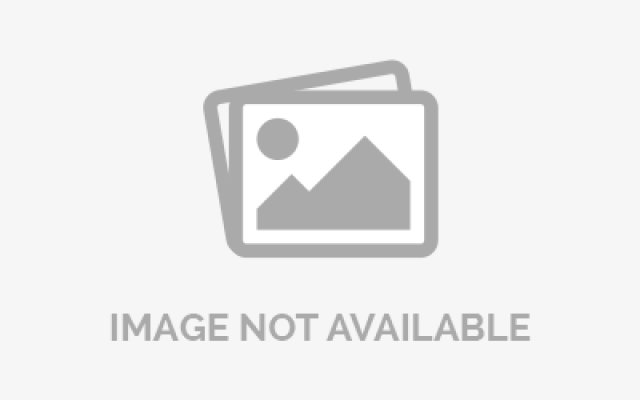 Idiopathic macular telangiectasia (MacTel) is a degenerative retinal disease that was described by Gass and Oyakawa in 1982.1

Later, Gass and Blodi identified three subtypes of the disease.2 In 2006, Yannuzzi et al. proposed a classification that is commonly used: aneurysmal (type 1), perifoveal (type 2) and occlusive (type 3).3 Type 1 appears to be a variant of Coats disease and type 3 is likely comprised of familial disorders with systemic associations. MacTel type 2 is the most common type and is the focus of this article.

MacTel type 2 is bilateral condition characterised by ectatic capillaries of the macula and atrophy of the neurosensory retina. Typically, the first clinical finding is decreased retinal transparency of parafoveal macula, often referred to as ‘retinal graying’. There are also crystalline deposits, depletion of the macular pigment and dilated macular venules and arterioles at right angles.

Atypical intraretinal and subretinal anastomoses may occur.3 Hyperplastic plaques of retinal pigment epithelium (RPE) may be found at the end of dilated vessels and are sometimes surrounded by atrophy of the RPE.

These plaques follow photoreceptor loss and are typically associated with an absolute scotoma. These changes occur just temporal to the fovea, initially, but may later expand to include the fovea.4

This hyperfluorescence may be evident earlier in the disease course than the telangiectatic vessels.2 In later stages of the disease, OCT can reveal atrophy of the retina, which can progress to outer-retinal cavitations. These have a distinct appearance that is quite different from cystoid macular oedema to the astute observer. The cavitations do not exhibit pooling on FA.

Small foveal cavitations that have the appearance of lamellar macular holes can also be seen, but there is usually no accompanying epiretinal gliosis or traction and there is typically an internal limiting membrane (ILM) drape overlying the cavitations.

Visual acuity may be mildly reduced in the early stages of MacTel type 2, typically better than 20/50 until foveal atrophy begins to occur. Visual acuity often declines slowly or remains stable for many years, and rarely becomes lower than 20/200. Metamorphopsia and paracentral scotomata can occur.4

The prevalence of MacTel type 2 is estimated to be between 0.004% and 0.1% in patients over 40, with a slight predilection for females.7,8 Its possible that published studies underestimate the true prevalence. A large proportion of patients have comorbid diabetes and/or hypertension (28% and 52%).9

In a busy eye clinic, a high index of suspicion is needed to correctly diagnose MacTel type 2. Complicating factors may include presence of drusen, recent cataract surgery or lack of access to high-quality multimodal imaging. Referral to a retina specialist is recommended if there is suspicion of MacTel.

To retina specialists, the most prominent characteristic clinical feature is the distinctive intraretinal cavitation on spectral domain (SD)-OCT, with normal retinal thickness, giving the appearance of missing tissue with an ILM drape.

It is critical to differentiate this from typical intraretinal fluid. Patients are middle-aged and complain of slowly progressive vision loss. Crystalline deposits or retinal graying, and right angle venules, are often found to be subclinical.

FA imaging is recommended to confirm the diagnosis by the presence of temporal juxtafoveal leakage, distinctly different than diabetic macular oedema or choroidal neovascularisation, and to rule out other pathologies such a diabetic retinopathy or wet age-related macular degeneration.

Familiarity with this distinctive appearance on SD-OCT is key for correct diagnosis. It is important to remember that all cystic spaces on SD-OCT are not fluid or cystoid oedema.

These findings correlate well with corresponding abnormalities on FA.10 OCTA is non-invasive, faster and images are not obscured by dye leakage-all advantages over FA. Segmented OCTA can better image abnormalities that would be obscured by leakage on FA, such as subretinal neovascularisation.11

OCTA images of eyes with MacTel type 2 include enlargement of the foveal avascular zone in proportion to disease severity; decreased retinal capillary density; and ectasia, dilation, truncation and telangiectasis of the vessels of the retinal capillary plexi, beginning temporally early in the disease and eventually encircling the fovea.12-14

In milder or early MacTel type 2, OCTA may show dilated vessels in the deep retinal capillary plexus mostly temporal to the fovea, but the superficial capillary plexus will appear normal. With progression, OCTA may reveal telangiectatic vessels emanating from the middle retina and extending to the inner and outer retinal layers that may appear aneurysmal, associated with disruptions of the ellipsoid zone. OCTA can also image the subretinal neovascularisation.11

Post-diagnosis management of patients with MacTel type 2 consists primarily of observation and counselling, as well as treatment of complications, such as neovascularisation or macular holes.

It may be tempting to recommend a trial of anti-vascular endothelial growth factor (VEGF) injections in these patients because of intraretinal spaces on OCT, but this is contraindicated in non-complicated MacTel type 2 patients. Anti-VEGF medications are not effective in the non-proliferative stage, and may even be detrimental due to the neuroprotective effects of VEGF.9,15,16

Anti-VEGF therapy is effective for treating neovascularisation when it rarely occurs. Intravitreal triamcinolone appears to provide no benefit in this disease. Similarly, studies show there is no benefit for photodynamic therapy in the non-proliferative phase, although it may reduce the number of injections needed when used in conjunction with anti-VEGF therapy, but only for proliferative lesions.

Interestingly, OCTA demonstrates a reduction in the calibre of the abnormal telangiectatic vessels and resolution of aneurysmal changes after administration of anti-VEGF therapy.11 It is presently unknown whether this represents true regression or merely reduction in blood flow.11 It is clear that anti-VEGF does not change visual acuity outcomes in non-proliferative cases.

Argon laser photocoagulation for proliferation is not recommended because of the potential to trigger further neovascular growth and the creating of scotomas near the fovea.15

There has been a renaissance in research for this disease, lead by The MacTel Project17 supported by the Lowy Medical Research Institute, which is committed to finding a cure for MacTel.

Recent evidence points toward the primary pathogenesis of MacTel type 2 being neurodegeneration, with secondary changes to the retinal vasculature.

Multiple animal models suggest that cytokines and neurotrophins could form the basis for future therapies. Ciliary neurotrophic factor (CNTF) is thought to reduce photoreceptor loss in these animal models.

In a Phase I trial of seven patients with MacTel type 2 treated with a surgically implanted CNTF implant (NT-501, Neurotech, Inc), containing cell ‘factories’ constantly producing CNTF, there was no evidence of toxicity. A Phase II clinical trial of this treatment is underway.18

As this article was being written, Neurotech released positive results from this trial, which enrolled 67 patients (99 eyes) at eight sites. Eyes were randomly assigned to either the NT-501 implant containing CNTF or sham. The primary endpoint was change in the ellipsoid zone from baseline to month 24, which is considered a marker for disease progression due to correlation with loss of photoreceptors leading to visual loss.

Small-scale trials have used oral lutein, meso-zeaxanthin and zeaxanthin supplementation, given the loss of central macular pigment in MacTel type 2. Although pigment was seen to accumulate outside the diseased area, no reaccumulation of pigment was observed in the deficient areas.19-21

There was a mild but non-statistically significant improvement in visual acuity in one small study and no beneficial effect on the progression of photoreceptor loss.21

In one pilot study, administering anecortave acetate, a synthetic angiostatic derivative of cortisol, via a posterior juxtascleral injection using a specially designed curved cannula, showed regression of leakage and stabilisation of visual acuity. It also resulted in the stabilisation or improvement of the neovascular lesions and visual acuity in eyes with proliferative disease.22

In addition, histological studies have shown abnormalities of the vascular endothelium or pericytes.23 Current research is exploring whether neural or vascular stem cells could be promising treatments.24

Evidence shows that the vascular endothelium provides paracrine support signals to the retina, and endothelial cells secrete trophic proteins that stimulate renewal and differentiation of neural stems cells. Confocal and electron microscopy revealed that photoreceptor cells lose their outer segments, but may not be completely destroyed, suggesting strategies promoting cell restoration could be as viable as cell replacement.24

There are studies implicating the gene responsible for ataxia telangiectasia in MacTel type 2. This could provide a target for gene therapy.25 Another model suggests a positive effect of resveratol for the prevention of neovascularisation.26

With many new research projects ongoing, one of the most promising is treatment with CNTF, however, as of yet it has unproven efficacy in early trials. At this point, no proven efficacious treatment modalities exist for patients with MacTel type 2, highlighting the need for research in this area.

Dr Peter A Karth is a vitreoretinal specialist in Eugene, Oregon, USA. He is a physician research consultant for the Google project.

Dr Zachary Bodnar is a Biodesign Fellow and Vitreoretinal Fellow at Stanford University, Palo Alto, California, USA. He has no interests to declare. 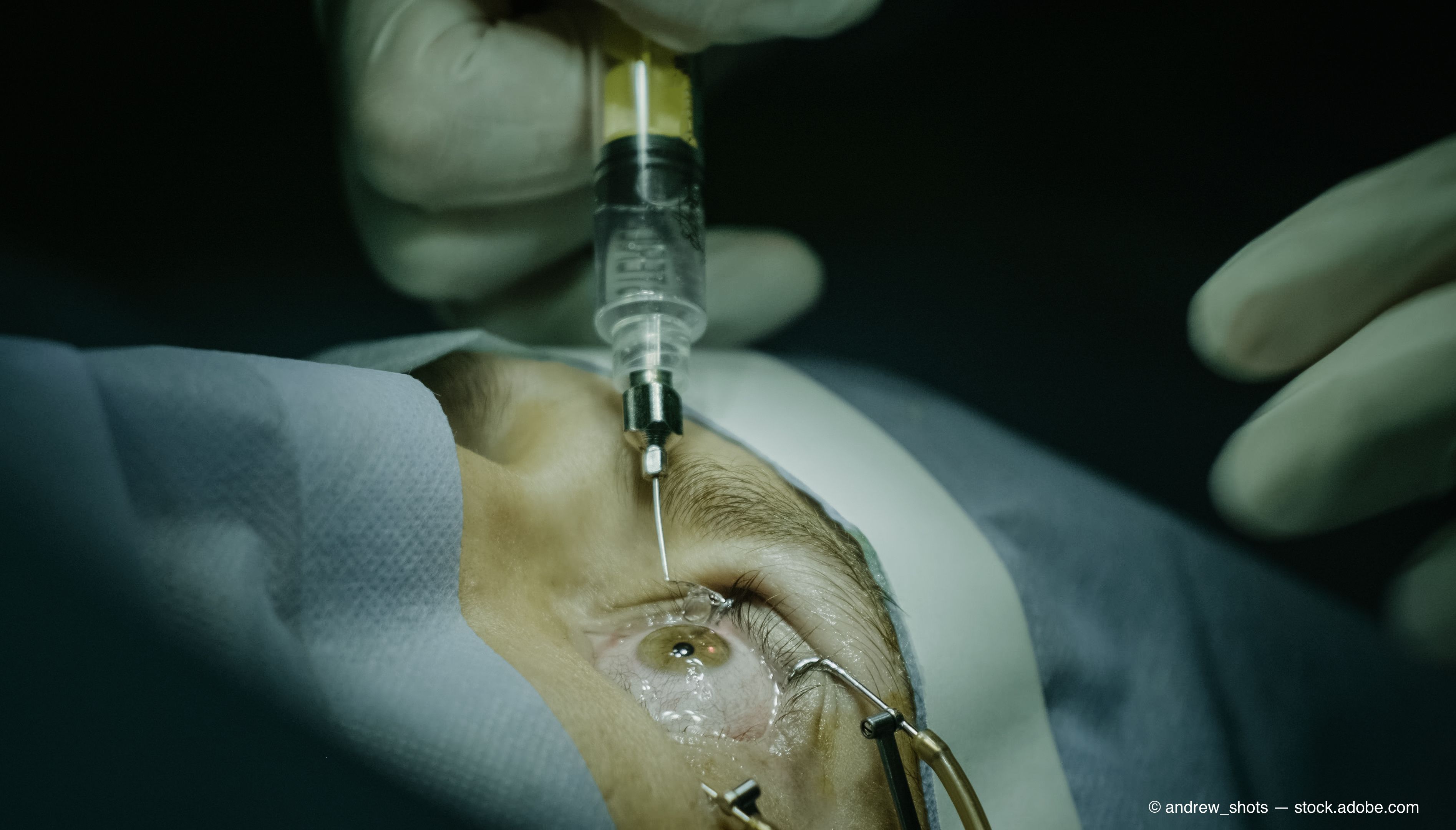