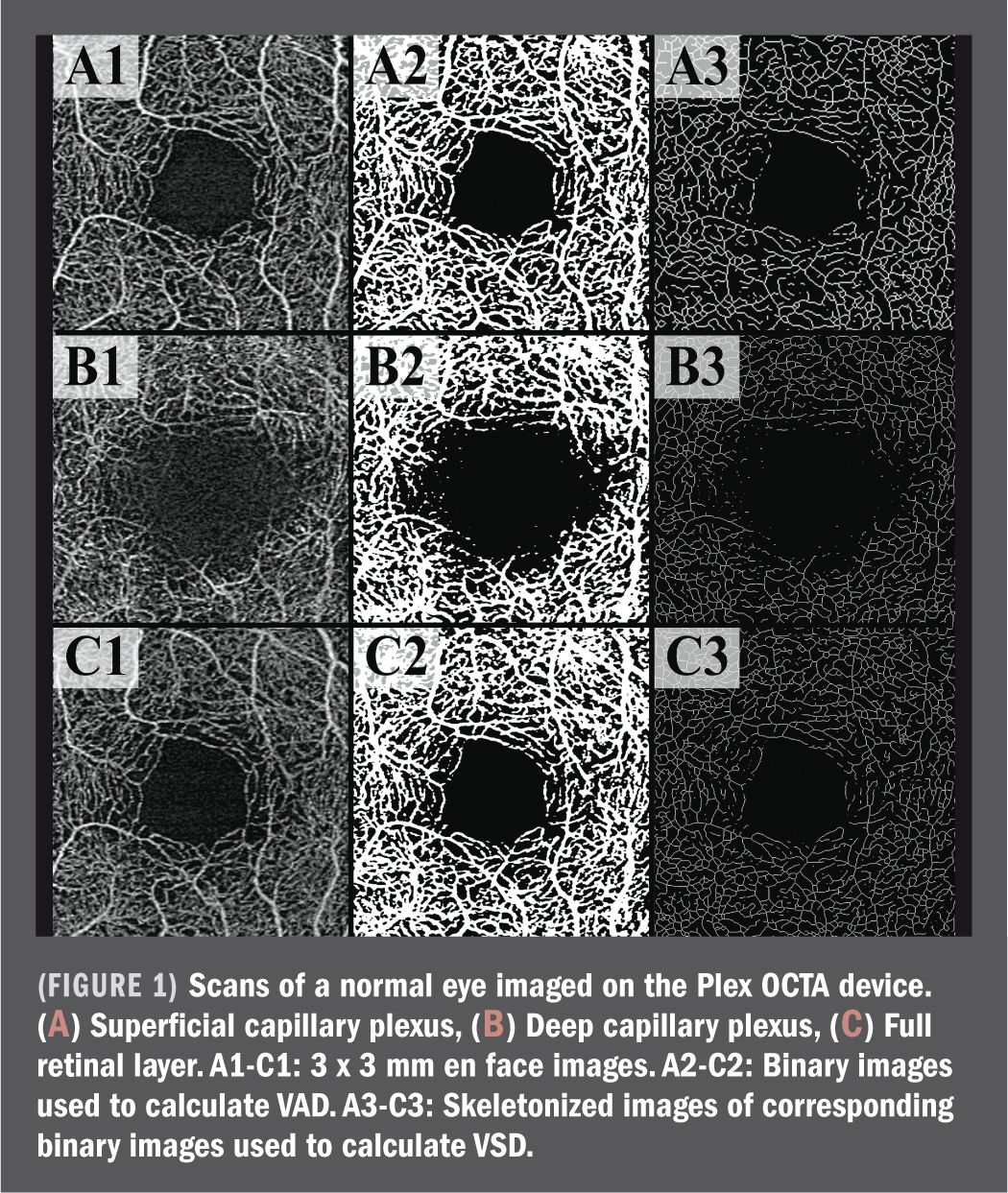 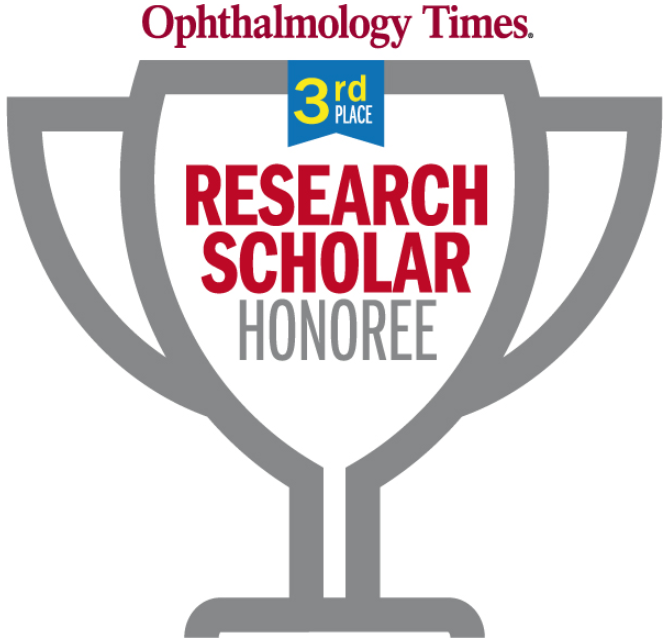 Various methods for parafoveal vessel density (VD) assessment have been reported in the literature. The purpose of this study was:

To measure vessel area density (VAD), two automated local thresholding techniques, the Mean method and the Otsu method, were applied to en face images to binarize them, using ImageJ (National Institutes of Health, Bethesda, MD) software. Any signal above their respective thresholds was interpreted as flow. VAD was calculated as the percentage of area representing flow divided by the total scanned area.

The coefficient of repeatability (CoR) for each VAD and VSD method and for each segmentation was calculated to assess the reproducibility of images of the same device on repeat scanning, and of VAD and VSD by different devices. A lower CoR value indicated a tighter dispersion of data and higher reproducibility.

For each eye, three consecutive repeat scans obtained on each OCTA device were registered and the signal was averaged to generate one registered OCTA image (Figure 2).

Registration and averaging was performed separately for each of the three retinal layers and analyzed for comparability across all three devices.

The CoR values showed that the Mean VSD method provided more precise VD measurements, suggesting that skeletonized images by this method offer greater repeatability in consecutive scans on each device. The images obtained by the Plex OCTA device were more closely reproducible as compared with the other two devices, irrespective of retinal layer imaged.

For the original, unregistered images of various retinal layers, all three OCTA devices were significantly different from each other (p < 0.0001 for each).

Figure 3 highlights Mean VSD measurements following the registration of images of various retinal layers across all three OCTA devices. All devices were again significantly different from each other (p < 0.0001 for each).

The reproducibility of Mean VSD measurement in unregistered images of each retinal layer obtained on each device separately was fairly similar, although the DCP seemed superior with lower CoR values.

Following the registration of images, Mean VSD was significantly different from the unregistered images for each device and plexus (p < 0.05 for each). Further analysis revealed that after registration, Mean VSD remained within 1% of the Mean VSD value of a single scan.

The Plex, a swept-source OCTA device, demonstrated the highest intra-session repeatability. This may be because its faster scanning speeds allow for more dense scanning in comparable times, allowing for better image quality.

The Mean VSD methodology provides a more repeatable assessment of parafoveal VD across the three OCTA devices for the same patient.

Mean VSD measurement after registration of scans was significantly different than that of unregistered scans for each plexus on each device.

However, numerically, the differences noted were small with Mean VSD remaining within 1% of a single volumetric scan, for which clinical significance remains to be determined.

Due to the observed inter-device variability, caution is advised when comparing quantitative analyses across different OCTA devices.

E: nadiakwaheed@gmail.com
Dr. Waheed is a consultant for Optovue, and receives research support from Carl Zeiss Meditec and Topcon.

There are no conflicting relationships for any other author. 1 New England Eye Center, Tufts Medical Center, Boston. 2 Department of Electrical Engineering and Computer Science, and Research Laboratory of Electronics, Massachusetts Institute of Technology, Cambridge, MA.