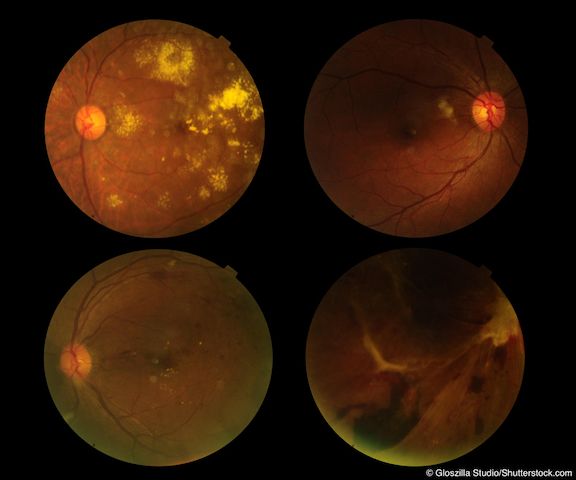 Because these injections have been used for a relatively short period, the definitive consequences of chronic use remain to be determined.

Intravitreal injections used to treat a variety of ocular diseases may themselves contribute to progressive visual loss with chronic administration over years, according to researchers.

One side effect of intravitreal injections is acute transient increases in IOP that may over the long term increase the risk of damage to the macula and optic nerve.

To underscore the importance of this issue and the numbers of patients at potential risk, Richard Rosen, MD, and colleagues pointed out that more than 6 million intravitreal injections were administered in the United States in 2016. Dr. Rosen is Deputy Chair for Clinical Affairs, Department of Ophthalmology, Icahn School of Medicine at Mount Sinai, the Belinda Bingham Pierce and Gerald G. Pierce Distinguished Chair of Ophthalmology, and Director of Retina Services, New York Eye and Ear Infirmary of Mount Sinai, New York.

Because these injections have been used for a relatively short period, the definitive consequences of chronic use remain to be determined. A recent study reported that patients who received seven or more intravitreal injections annually had an increased risk of glaucoma surgery (JAMA Ophthalmol. 2017;135:363–368).

This happens, Dr. Rosen explained, because the injections cause the IOP to elevate to three times the normal level. He noted that the IOPs return to normal within minutes of the injections, but he and his colleagues wanted to determine what the immediate impact is on the ocular blood flow.

“Recently, we have become aware that repeated mild trauma to central nervous system structures, such as minor head bumps in athletes, can lead to degenerative brain injury with devastating results, decades later,” he said. “We wanted to better understand any potential risk for similar kinds of injury to the eye.”

Because of these concerns, Dr. Rosen, the senior investigator, and his team undertook a retrospective observational clinical study in which they measured retinal perfusion density changes on optical coherence tomography angiography (OCTA) and thickness changes on OCT that were associated with acutely increased IOP after intravitreal injections.

The study, which included 40 eyes of 39 patients, was conducted at a tertiary care center in New York from October 2016 to June 2017. Patients were included who were over 18 years of age, had vision exceeding 20/100, could fixate, had no media opacities, and were treated with bevacizumab (Avastin, Genentech) or aflibercept (Eylea, Regeneron Pharmaceuticals) to treat diabetic retinopathy (DR), retinal vein occlusions (RVO), macular degeneration (AMD), retinal neovascularization, or radiation retinopathy.

The investigators analyzed the perfusion density on OCTA, thickness density on OCT, and IOPs were measured before and after the injections were administered, Dr. Rosen recounted.

The findings showed that different areas of the eye were affected differently by the IOP spikes. Alexander Barash, MD, lead author of the study, reported finding significant (p < 0.05) decreases in angiographic perfusion density in most areas of the superficial and deep layers on macular OCTA, except for the fovea. An average change of 7.5% was seen in the superficial macula and an average change of 2.4% in the deep macula.

The macular thickness seen on OCT decreased significantly (p = 0.0198 and p = 0.0312, respectively) temporally and increased nasally. Regression analysis showed relationships between age and decreased superficial macular perfusion. The IOP level before injections was only related to the OCT thickness in the fovea. The IOP change was related only to the decreased superficial macular perfusion density.

The investigators commented that the decreased angiographic perfusion density “…that is associated with increased IOP likely contributes to the acute decrease in visual acuity experienced immediately after injections. Patients typically regain vision because the IOP decreases toward normal and blood flow returns to the macula.”

They also hypothesized that the increased OCT thickness nasally may result from redistribution of fluid or fluid shifts that occur when the IOP changes.

Dr. Barash, clinical assistant professor of ophthalmology, The New York Eye and Ear Infirmary of Mount Sinai, cautioned that “doctors always have to weigh the benefits of any treatment with risks to the patient. If we are inadvertently causing damage to ocular structures with our injections we should make sure that all physicians performing the procedure are aware of possible side effects so they can discuss these with patients and work to minimize the risks of these treatments.”

The investigator warned of the possibility that regular intravitreal injections may be sustaining perfusion-related injury to ocular structures that may produce glaucomatous damage to the macula and optic nerve. This newfound information can lead doctors to use advanced imaging and visual field testing to look for early signs of damage and perhaps lead to changes in the way ocular diseases are treated.

They also suggested that the study results could pave the way for doctors to pretreat patients with medications to reduce the IOP spikes after getting injections to prevent from possible long-term damage and may foster more carefully consideration of the risks in patients with advanced glaucoma before administering injections.