An international research team has shown that optogenetic therapy has helped to partially regain visual function in a patient with retinitis pigmentosa. This is a milestone towards a gene therapy that could restore vision. 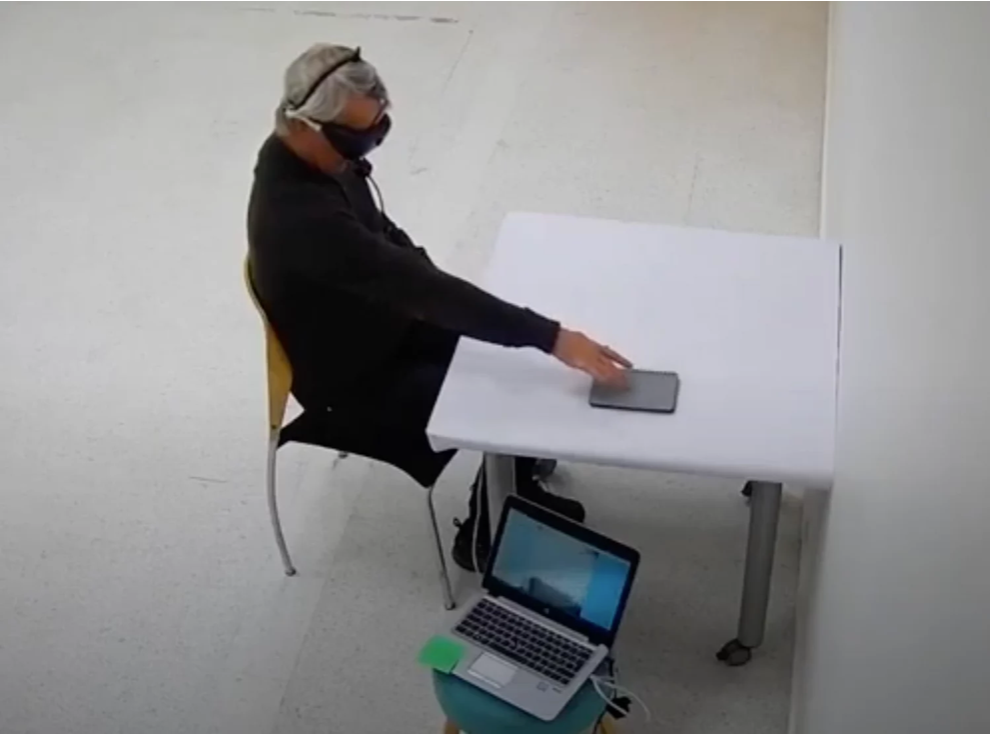 Clinical trial results announced on Friday show for the first time that optogenetic methods can partially restore vision in a blind human patient. The achievement marks a milestone towards developing mutation-independent therapies for inherited photoreceptor diseases.

The results were reported in Nature Medicine by an international research team led by José-Alain Sahel, MD, and Botond Roska, MD, PhD, including members from the Paris Vision Institut (PVI), The Quinze-Vingts hospital (XV-XX), the University of Pittsburgh, the Institute of Molecular and Clinical Ophthalmology Basel (IOB), StreetLab, and GenSight Biologics.

“Enabling a patient to regain partial vision by optogenetics could not have happened without the engagement of the patient, the efforts of our multidisciplinary team at the Institut de la Vision and GenSight, and the longstanding collaboration with Botond Roska, which was at the origin and core of this project,” said first and corresponding author Sahel, distinguished professor and chairman of Ophthalmology at the University of Pittsburgh, professor at Sorbonne University and the Quinze-Vingts hospital, and founding director of the Institut de la Vision .

Botond Roska, MD, PhD, founding director at IOB and professor at the University of Basel, noted that the findings provide proof-of-concept that using optogenetic therapy to partially restore vision is possible.

Optogenetics involves genetically altering cells so that they produce light-sensitive proteins called channelrhodopsins. The technique has a nearly 20-year history in neuroscience, but, so far, clinical benefit of optogenetics had not been demonstrated. A collaboration between the teams of Sahel and Roska culminated in the findings reported today that reflect 13 years of multidisciplinary effort.

The goal of the research is to treat inherited photoreceptor diseases, which are widespread causes of human blindness. Photoreceptors are light-sensing cells in the retina that use proteins called opsins to deliver visual information to the brain via the optic nerve. Photoreceptors progressively degenerate, and then blindness sets in. To restore light-sensing capability, the team uses gene therapy methods to deliver channelrhodopsins into the retina's ganglion cells.

For the current study, the team delivered the gene coding for a channelrhodopsin called ChrimsonR. This particular protein senses amber light, which is safer for retinal cells than the blue light used for other types of optogenetic research. The team also developed specialized goggles outfitted with a camera that captures and projects visual images onto the retina at amber light wavelengths.

Test results showed he could locate, touch and count objects on a white table placed in front of him, but only with the aid of the goggles. Without the goggles, he was unable to perform these exercises. One test involved perceiving, locating, and then touching a large notebook or a smaller staple box. The patient touched the notebook during 36 of 39 separate evaluations (in other words, 92% of the time), but could pick out the smaller staple box only 36% of the time. In a second test, the subject correctly counted glass tumblers on the table 63% of the time.

During a third test, the subject wore a skull-cap affixed with electrodes that took non-invasive electroencephalography (EEG) readings of his brain activity. A tumbler was alternately taken on or off the table, and the subject had to press a button indicating whether it was present or absent. Importantly, EEG readings showed that correlated changes in activity during this testing were concentrated in the visual cortex.

The team also trained a software decoder to evaluate the EEG readings. By simply measuring neuronal activity, the decoder could tell with 78% accuracy if the tumbler was present or not in a given trial. This last evaluation, Roska said, helped to confirm that brain activity is indeed related to a visual object, and "therefore that the retina is no longer blind."

“Importantly, blind patients with different kinds of neurodegenerative photoreceptor disease and a functional optic nerve will potentially be eligible for the treatment. However, it will take time until this therapy can be offered to patients,” Sahel said.