Investigators tested the hypothesis that changes in certain areas of the macular are more relevant to AMD. What did their findings reveal? 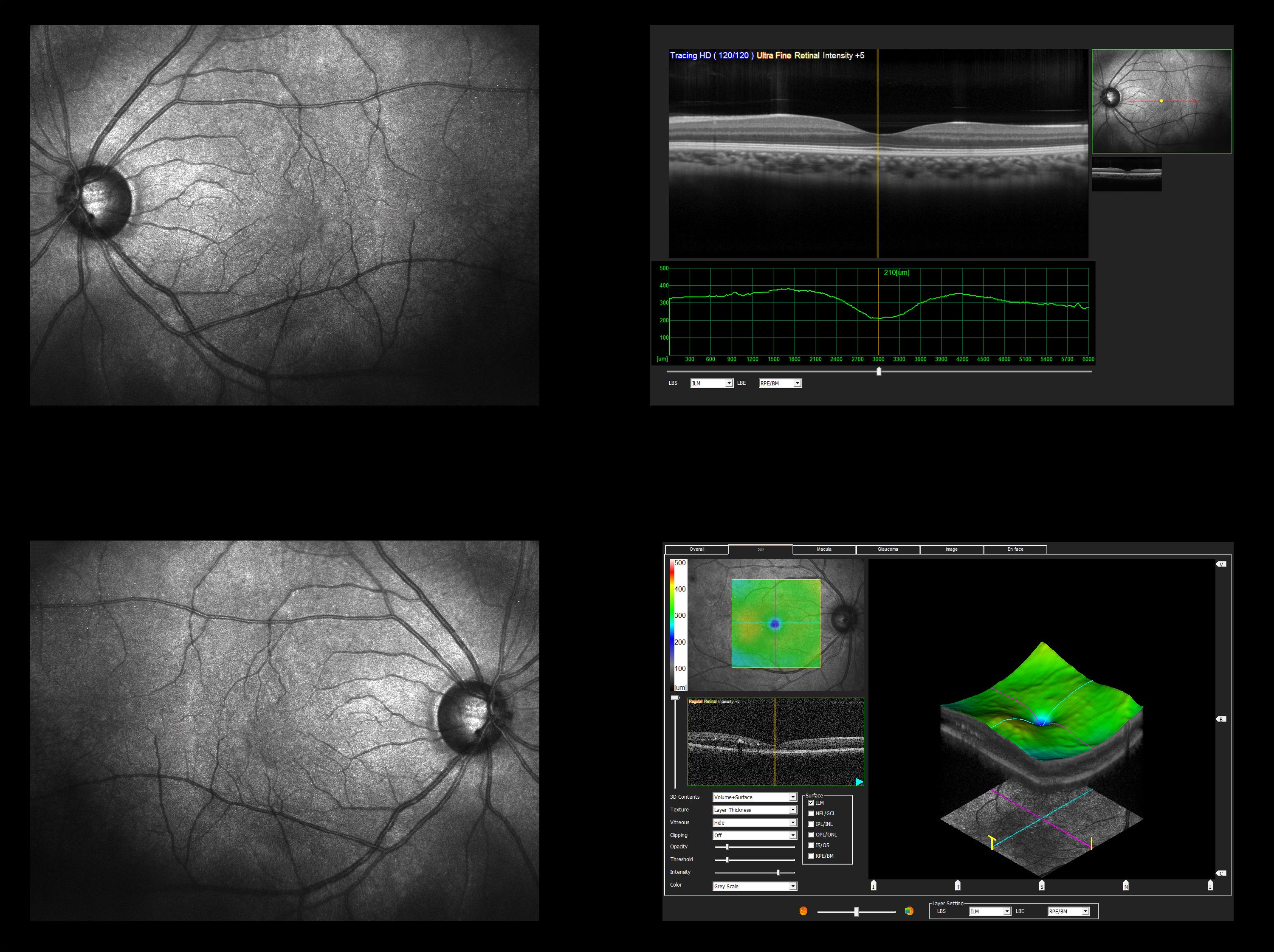 This article was reviewed by Mengyu Wang, PhD.

The impact of age-related macular degeneration (AMD) on macular retinal layer thickness is highly location-specific, according to results of a population-based study reported by Mengyu Wang, PhD, along with his collaborators Tobias Elze, PhD and Franziska G. Rauscher, PhD, at ARVO 2020.

In general, the results showed thinning of the ONL, GCL, and IPL in eyes with late dry and wet AMD. The thinning effect showed a parafoveal pattern, and the associations were more substantial for late dry AMD versus wet AMD.

“Traditionally AMD is diagnosed and staged based on fundus inspection of the macula. However, the pathological changes of AMD occur deeper in the retina. Three-dimensional (3-D) imaging with OCT has been widely researched for opportunities to study the relationships between 3-D retinal structure and AMD, and various publications describe associations between the average thickness of retinal layers in the macula and AMD or its progression. However, because the retinal layer damage is typically localized, global averaging is not optimal,” Wang said, explaining the background for the study.

“Therefore, we take advantage of the enriched information of retinal structure in OCT measurements by taking the spatial variation of layer thickness into consideration. In the long run, we aim to develop AMD diagnostic methods based on OCT volume scans as opposed to current clinical approaches focused on fundus images. Three dimensional ‘in-depth’ retinal imaging contains considerably more ophthalmic information than 2-D fundus imaging, and the importance of many of these additional details for understanding, diagnosing, and monitoring AMD is still unclear. Our study sheds light on these aspects,” Rauscher said.

All data used in the study are from the Leipzig Research Centre for Civilization Diseases—LIFE Adult study. The Principle Investigator of the LIFE Adult study is Professor Markus Loeffler, Institute for Medical Informatics, Statistics and Epidemiology, Leipzig University, Leipzig, Germany. The eye examination of this population-based study is led by Dr. Rauscher of the same institute.

The study was conducted using spectral-domain OCT (Spectralis, Heidelberg) scans of the macula from 1625 eyes of 1625 subjects who were participants in the LIFE-Adult population-based study conducted by Leipzig University. In choosing which eye from each participant to include in the study, preference was given to the worst eye. AMD stage was graded by trained graders who evaluated the OCT fundus image supplemented by further examination of corresponding OCT B-scans. Using the Rotterdam classification, the cohort included 537 non-AMD eyes, 668 eyes with early (drusen size < 125 μm) or intermediate (drusen size ≥ 125 μm), 55 eyes with late dry AMD and 365 eyes with wet AMD.

The analyses of pointwise partial correlations between the RLTMs and AMD stage were adjusted for age, gender, and glaucoma diagnosis.

Wang has no relevant financial interests to disclose. Wang would like to express gratitude to the NIH K99/R00 Pathway to Independence Award (K99 EY028631), without which he would not have the necessary financial support to do this pilot study. This research is also supported by LIFE Leipzig Research Center for Civilization Diseases, Leipzig University (LIFE is funded by the EU, the European Social Fund, the European Regional Development Fund, and Free State Saxony’s excellence initiative (713-241202, 14505/2470, 14575/2470)).