How ophthalmologists can benefit from en face OCT 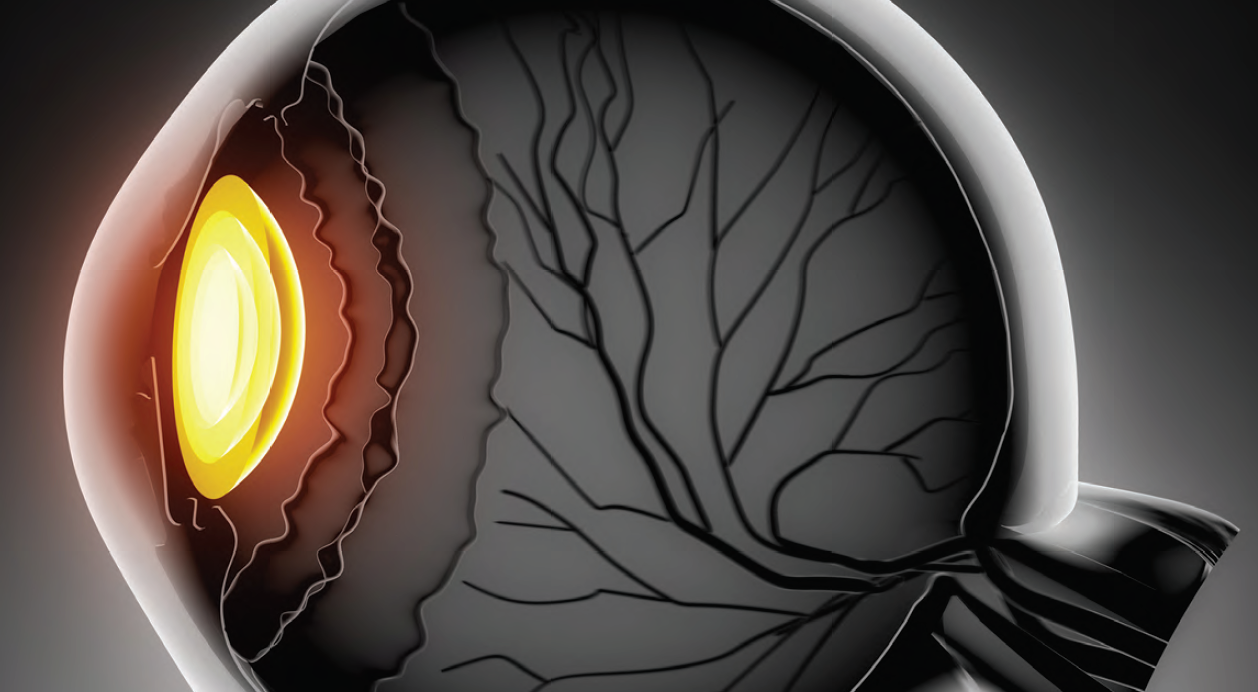 This article was reviewed by David Sarraf, MD.

En face OCT is an effective tool that is providing insights into macular anatomy and various macular disorders, according to David Sarraf, MD.

Sarraf, a clinical professor of ophthalmology at the Stein Eye Institute at UCLA in Los Angeles, California, reviewed the principles of en face OCT and how this imaging modality has led to an increased understanding of macular anatomy and disease. He described various studies that have applied en face OCT to gain insight into the pathoanatomy of the fovea and to more precisely characterize various macular disorders, including dissociated optic nerve fiber layer (DONFL), paracentral acute middle maculopathy (PAMM), multiple evanescent white dot syndrome (MEWDS), and type 1 macular neovascularization and geographic atrophy.

According to Sarraf, en face OCT acquires a dense volume of cross-sectional B scan data projected onto an en face (coronal) plane. It can display binary reflectivity over a flat fundus view and is capable of providing segmentation at a given level.

“There are many advantages of en face OCT because it can display the interrelationship and pattern of hyper- and hyporeflective OCT lesions over a fundus view with depth-resolved segmentation capability,” he said.

Compared with cross-sectional OCT, the en face technique greatly enables the detection of superficial hyperreflective dots within the fovea. Sarraf and his colleagues took advantage of this capability to quantify these dots in a cohort of eyes and found an age-related increase in their number.

“We believe that these hyperreflective dots may represent the same entity as the white dot fovea seminally described in 1997 by Yokotsuka, Kishi et al using scanning electronic microscopy,” he said. “These dots are believed to represent activated Müller glial cells breaking through the inner limiting membrane.”

En face OCT has also been used to characterize the inner retinal dimples of DONFL. A paper authored by Navajas et al described this application in eyes that had undergone epiretinal membrane peeling and reported that the dimples increased progressively in number 1 month after the surgery and reached a plateau at 6 months.

“The findings are consistent with the idea that peeling of the inner limiting membrane avulses Müller cell endfeet,” Sarraf said. “Because of postoperative edema in the nerve fiber layer, however, the dimples are not fully appreciated for several months after the surgery until there is resolution of the edema and nerve fiber layer thickening.”

Insight into the varying patterns of PAMM lesions is another benefit of the application of en face OCT.

“PAMM is defined by hyperreflective bands in the middle retina that may represent infarction of the inner nuclear layer,” Sarraf said. “With en face OCT, we can appreciate different patterns of PAMM lesions that may reflect the progression of ischemic severity referred to as the ischemic cascade.” 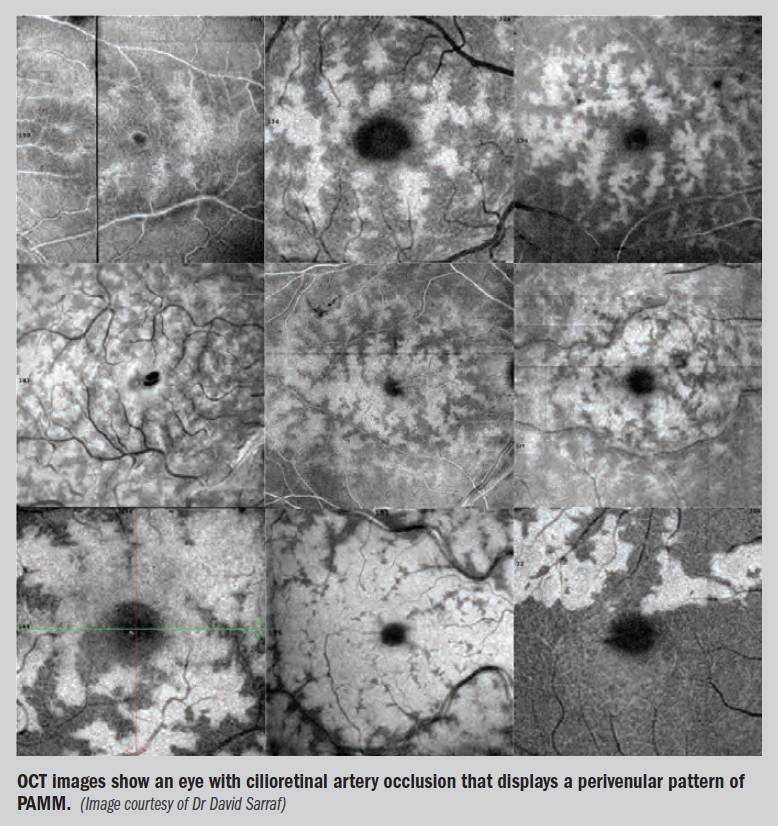 Illustrating his point, Sarraf showed en face OCT images from an eye with cilioretinal artery occlusion that displayed a perivenular pattern of PAMM that were remarkable for the presence of fern-like, hyperreflective lesions precisely colocalizing with the veins but sparing arteries.

Then he presented a sequence of images from the same patient obtained over a 12-hour period that showed progression from the perivenular fern-like pattern to a diffuse globular PAMM pattern, indicating progression of the infarction typical of the ischemic cascade.

Serial imaging with en face OCT in eyes with MEWDS has also demonstrated temporal changes in the spots and dots characteristic of this entity. With en face OCT, the smaller hyperreflective dots in the outer nuclear layer align with and overlie the larger hyporeflective spots that correspond to loss of the ellipsoid zone.

Successive images from an eye with MEWDS showed that the spots resolve first and the dots second, Sarraf said.

“These findings have been attributed to recapitulation of the choriocapillaris by the type 1 neovascular lesion that may sustain the retinal pigment epithelium and photoreceptors and protect these layers from atrophy,” Sarraf concluded.

Sarraf receives research funding from Heidelberg Engineering, Optovue, and Topcon Medical Systems and is a consultant to and speaker for Optovue.